US invests $6 billion on HIV/AIDS in Nigeria since 2003 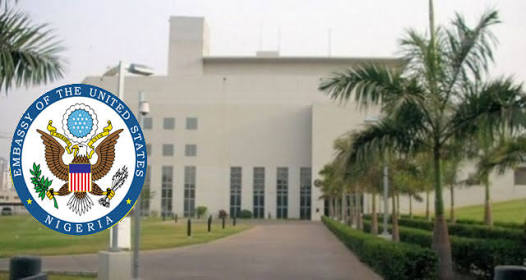 The United States Government has invested more than $6 billion dollars on HIV/AIDS in Nigeria since 2003, the North America country’s embassy in the country revealed on Monday.

In the same period of year, the country, working in 54 countries, has in all invested more than $85 billion in the global HIV/AIDS response and saved more than 17 million lives.

This remains the largest commitment by any nation to combat a single disease in history,.

A press release on Monday by US Embassy In Nigeria, said the U.S. President’s Emergency Plan for AIDS Relief (PEPFAR) has invested more than $6 billion in the national HIV/AIDS response in Nigeria.

The release said, every year on December 1 we commemorate World AIDS Day. This year, the U.S. Mission recognizes and honours those we have lost to HIV/AIDS and the resiliency of those who fight for epidemic control in Nigeria.

The release said, the theme for this year’s World AIDS Day is ‘Resiliency in HIV programming in the Context of COVID-19’.

It said, despite containing the spread of COVID-19 and maintaining our HIV patient cohort, the U.S. President’s Emergency Plan for AIDS Relief (PEPFAR) witnessed tremendous growth and achieved a major milestone this year.

See also  Two killed, 14 wounded in shooting at US party‎

It said PEPFAR is now supporting more than one million patients in the Nigeria national HIV treatment program, further closing the gap to reach HIV epidemic control in the country.

The release added that while facing unprecedented challenges, through innovations, PEPFAR helped to diagnose and place close to 6,000 HIV-infected Nigerians a week on treatment.

“All, while maintaining the integrity and quality of services and while keeping the health care providers and PEPFAR staff safe. This not only reduced the spread of HIV within families and communities, but also ensured patients are virally suppressed, making it near impossible to pass on the virus,” it added.

It said: “Some measures of our success include, more than 1 million, women and children currently on HIV treatment. In Financial Year 2020 alone:

“Equally important, PEPFAR supports Nigeria in the critical areas of policy development, human capacity development, and overarching health systems strengthening, including provision of state-of-the art laboratories and pharmaceutical warehouses, to enhance Nigeria’s health systems to tackle not only HIV/AIDS, but other diseases.”

It added that: “Nigerian health systems were put to the test this year. Our accomplishments would not have been possible without the strong partnership and collaboration with the Government of Nigeria, at the federal, state, and local levels. Thanks to PEPFAR ‘s existing infrastructures for laboratory services, including sample transport and supply chains, the Nigerian government was able to tap into these existing structures to further test and identify COVID-19 patients – proving further that PEPFAR has played a key role in strengthening the overall health systems here in Nigeria.”