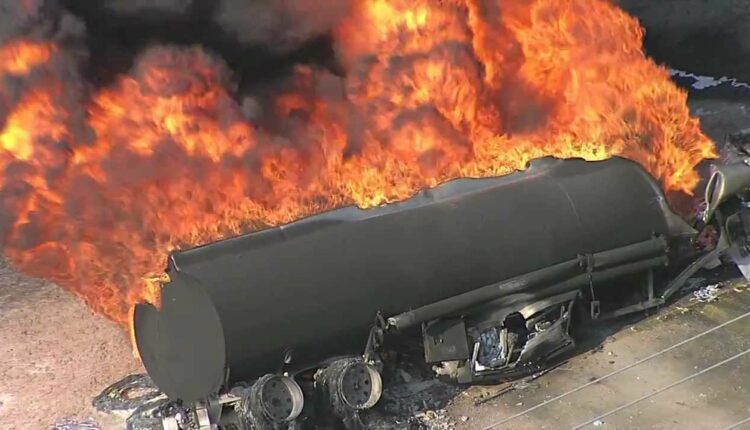 At least two persons were on Friday killed when a petrol-laden tanker exploded on Owerri-Onitsha Road in Imo State.

The incident which reportedly occurred at the Irete area by Forte Oil Filling Station, also caused panic in the area.

Eyewitness account had it that the victims are the driver of the tanker and a female passerby.

The Police Public Relations Officer, Orlando Ikeokwu, confirmed the incident. He however did not give further details as to the cause of the incident which unsettled the area as residents and motorists scampered for safety.

Ikeokwu, however, said he could only confirm one death as of the time of filing this report.