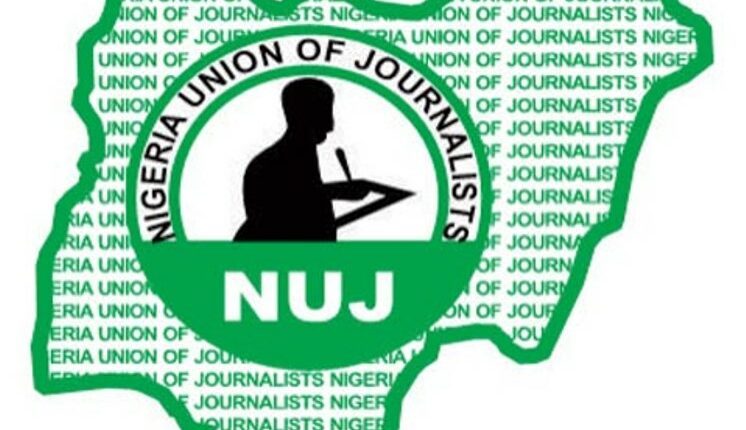 The Nigeria Union of Journalists (NUJ) on Wednesday lamented the incessant harassment of Journalists in the country vowing however the sustain the tempo in its demand for safety and security of media professionals.

The NUJ President, Mr Chris Isiguzo bared his mind during a press conference to announce activities lined up for the celebration of the 2020/2021 Press Freedom awards.

He further stated that many journalists had faced harassment, threats, physical injuries, imprisonment and even deaths in the course of discharging their legitimate duties.

He therefore called on cooperate bodies to support its efforts in ensuring a successful hosting of the 2020/2021 Press Freedom Award for collective good of all for a better Nigeria.

Isiguzo, said this year’s edition would be combined with last year’s as the COVID-19 pandemic and the lockdown prevented the celebrations.

Isiguzo explained that the award was to celebrate the important principles of press freedom, defend the media from attacks on their independence and pay tribute to journalists who have lost their lives in the line of duty.

He hinted that the event scheduled to hold on May 4, would honour media owners, cooperations, political and public office holders, who have actively supported press freedom in Nigeria.

The NUJ President said that no democracy could grow and flourish without a vibrant independent media that would be a catalyst for good governance and rule of law.

He informed that the award was in seven categories, which include torch bearers awards, press freedom platform awards, corporate partners of media, corporate friend of the media, defender of press, life time achievement and distinguished friends of the press awards, respectively.

“The press freedom is an indispensable pillar in the architecture of any democracy. No democracy can thrive without citizen’s adequate access to transparent and reliable information.

“Press freedom is the cornerstone for building fair and impartial institutions. It is a catalyst in the mobilisation of the citizenry to hold their leaders accountable as well as promotes speaking truth to power.

“It is the courage and sacrifice of these journalists that we are celebrating by organising the third and fourth editions of the 2020/2021 NUJ Press FreedomAwards,” he said.

Isiguzo said that all nomination should be sent to pressfreedomawards.nuj.org, with supporting documents and hard copies should be sent directly to the National Secretary of the NUJ.

In his remarks, the Managing Director of Enentis Communications Limited, Mr Peter Ademu-Eteh, expressed delight for partnering with NUJ in delivering this programme, adding that the role of the media in promoting democracy can not be overemphasised.

“It is our belief that this little efforts we are making will contribute to the growth of democracy, to help in the participation of the citizenry and also help with national development,” he said.