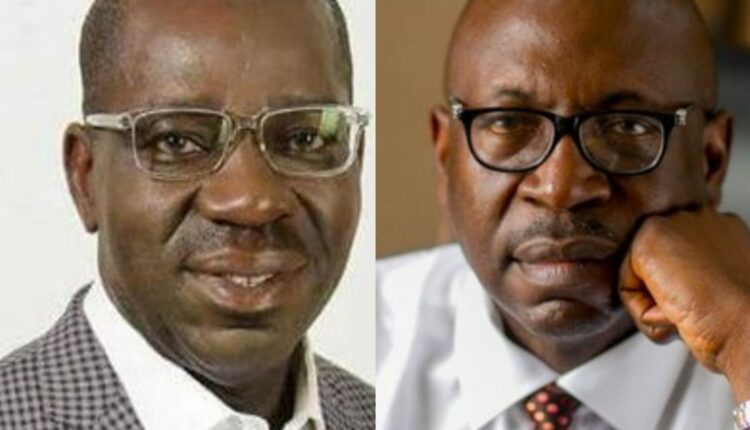 The poll, according to the organisers, was put together to enable the general public select their preferred gubernatorial candidates that will feature in the station’s forthcoming debate programme.

Members of the public were asked to vote for the  gubernatorial candidates of their choice from among the 14 listed, including Godwin Obaseki, PDP; Osagie Ize-Iyamu, APC; Jones Osagiobare YPP; Lucky Osagie Idehen, APGA; Felix Obayangbon, SDP, and nine others.

The poll which lasted over three hours, saw the APC candidate, Ize-Iyamu in an early lead, only to be trounced by Godwin Obaseki, the PDP candidate, who sustained the lead; 57.73% to 40.07%, till the poll closed.

Special Adviser to Edo State Governor on Media and Communication Strategy, Mr. Crusoe Osagie, commenting on the poll result, noted that “it reflects Governor Obaseki’s popularity and gives insight into the  outcome of September 19 poll.

Candidate of the YPP, Osagiobare, took the third position with 0.36%. From bottom, Felix Obayangbon of the SDP scored zero vote; Igbineweka Osamuede of APM scored 0.07 %; while Stevie Nash Ozono of NRM scored 0.11%.