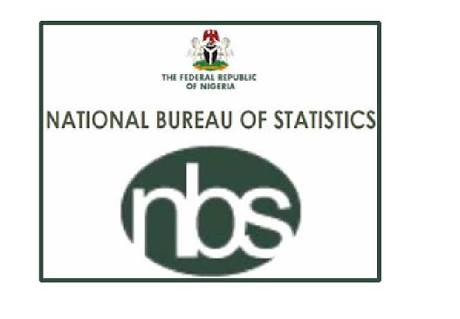 A Development Economist and Chairman, Board of Trustees of Amaka Chiwuike-Uba Foundation (ACUF), Dr. Chiwuike Uba has raised concerns on the lack of evidence-based and empirically supported national and sub-national economic development plans, even as the populations of different states keep increasing.
Uba’s position followed the Nigeria Living Standards Survey (NLSS) report for 2018/2019 recently released by the Nigeria Bureau of Statistics (NBS) in which statistics of gender spread, population growth, and poverty ratio of states across the nation, among others were highlighted.
In a statement issued in Enugu and made available to Daily Tracker, the development economist said that the government should act on the NLSS report to arrest the growing insecurity, poverty, and other issues being faced by Nigerians as the future looks bleak should the government decide to watch the situation degenerate.
The statement reads in part: “Recently, the Nigeria Bureau of Statistics released the Nigeria Living Standards Survey (2018/2019) Report. The highlights of the report threw up a lot of questions than answers to the existing political and socio-economic challenges and dilemmas the country is facing. As a country, we have spent billions of naira conducting surveys, constituting committees to review various reports as well as generate ‘white papers’ on reports.
“How do reports; especially, a report such as the NLSS feed into our planning, policies, and budgets? How many subnational governments (States and Local governments) analyze such reports to determine the implications of the report findings on the economy and well-being of the State; hence, develop actionable strategies to address the identified challenges, learn the right lessons and mitigate/cushion the effects of the challenges on the citizens?
“Even when we develop economic plans, it usually takes a knee jerk approach, interventionist/adhoc, non-inclusive, academic, and neither intended to solve any real problems nor to be judiciously implemented. In most cases, national and subnational plans are at crossroads leading to wastages and problems of implementation.
“Horizontally, there are no real collaboration, coordination, communication and cooperation among the various Ministries, Departments, and Agencies of the Government (MDAs), while at the vertical level; the same applies to the various levels (national and sub-national) and tiers (executive, legislative and judiciary) of government.”
He added: “The NLSS report indicates that Nigeria has a large base of young population with over 100 million youths below the age of 20. Specifically, the report confirms that more than 54 percent of all males and more than 51 percent of all females are younger than 20 years of age. This staggering population has an implication for security and national development.
“Unemployment and poverty headcount rates are on the increase with its attendant implications on national security. Despite the reality on the ground, the government gives less attention to education, job creation, and youth development. We need to have a long-term national and subnational policy and plan to harness the over 100 million youths below the age of 20 for national development and productivity.

“We are already facing an increase in insecurity as evidenced in the crime rates – suicide bombers, terrorism, rape, and sexual assault, kidnapping, among others and if nothing is done to address the increasing youth population and its attendant implications to national development, we would face more problems in the nearest future.
“Nigeria’s planning process and budgets are not gender-sensitive, despite the higher number of women population in Nigeria. According to the NLSS report, the share of males and females in the total population is roughly equal: 49.2 and 50.8 percent respectively. It also revealed that, on average, 18.8 percent of households in Nigeria are headed by female household members, with the highest in Ebonyi with 36.0 percent.”
Furthermore, he said: “In addition, the share of females, among those older than 12 years of age, in monogamous marriage is 41.9 percent versus 36.7 percent for males and the share of males and females in a polygamous marriage is roughly equal at around 9.9-9.6 percent respectively.
“Undoubtedly, Nigeria claims to mainstream gender in our economic planning and budgeting; but, the reality has shown that little or no effort has been made in this regard. Our plans, budgets, public buildings, and other infrastructures do not reflect gender dimensions and sensitivity. More importantly, the ideal is to include all stakeholders in the planning process and this is currently not happening.
“Rethinking of strategy and structure is needed to ensure inclusiveness in governance and overall programme and project implementation. I also expect the Enugu State government to deepen the study to determine the factors responsible for the different demography in Enugu State. This is so because across all the States, Enugu is the only State where the ratio of males over females is only 0.82.
“Evidently, as revealed by the NLSS report and other reports, Nigeria is facing a crippling population boom. According to the NLSS report, the average household size in Nigeria is 5.06 persons per family. This is higher in northern Nigeria, especially, in Jigawa State with a household size of 8.15 persons. As I earlier indicated, Nigeria is already experiencing increasing poverty and unemployment rate, with the attendant insecurity and desertification in the Northern part of Nigeria.
“About 36.4% of the population is experiencing moderate-severe food insecurity and over 68% of the poor population as food poor. Already, Nigeria’s population is expected to be higher than the population of the USA by the year 2050 and 77% of Nigeria’s population will be urban. To address the food insecurity challenges, Nigeria needs to concentrate on how to increase the yield per hectare and also on food processing and preservation instead of the current obsession with increasing the land area for cultivation.
“More so, this is necessary given the exploding population, predicted to reach 800 million in the year 2100. Whereas there will be more demand for food to be produced, there will be limited cropland. In fact, the projected land area to be available per person for farming in the year 2100 under a medium assumption is only 504 m2 as against the current 2,100 m2 in the year 2020.
“As a country, in addition to a national policy on population control, we need a sustainable policy to leverage our population for national development and foreign policy and engagements.”
Continuing, he said: “Finally, Nigeria needs medium to a long term development plan for the development, sustenance, and growth of the nation’s economy. Clearly, the half-hazard implementation of adhoc and interventionist plans by the successive administration has only brought more confusion and challenges to Nigeria’s political and socio-economic development.
“The pride of any government is the attainment of a higher value level of development anchored on socio-political and economic stability, in such a way that its citizens would derive natural attachment to governance.
“Currently, there is a lack of capacity to design and execute developmental projects, due to corruption, inability to stay the course of reforms, low levels of investment, lack of inclusiveness, transparency, and accountability, and large fiscal imbalances, among other reasons. Clearly, our budgets are not anchored on any plan.
“Commitment to advancing the well-being of Nigeria’s population and improvement in human development should be pursued. Most importantly, in addition to including the voices of youth and women in policy and decision-making processes, there should be an increase in support and investments in youth and women programmes.
“Investing time, efforts, and other resources in Nigeria’s youth and women will provide young men and women with opportunities and choices throughout their lifetime, and will help build the human capital required for the development, growth and economic sustainability of Nigeria.”