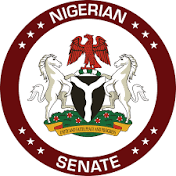 ‎Heads of some Federal Government revenue generating agencies have refused to appear before the Senate to answer questions concerning their performance.‎‎

The Senate Joint Committee on Finance and Planning had invited heads of the agencies for interactive sessions where they are expected to ‎present their 2021 revenue projections. ‎

‎Specifically, the committee which is looking at projected revenues estimated in the 2021 – 2023 Medium Term Expenditure Framework and Fiscal Strategy Paper, had requested records of the agencies’ internally generated revenues in 2019 and projections for 2021.
‎
The agencies are also being asked to‎ state the amounts they generated, and how much was remitted to the Federal Government’s Consolidated Revenue Fund.

However, Daily Tracker gathered that the head‎s of some of the agencies refused to honour the Senate’s invitation on the grounds of alleged hospitalisation and other forms of indisposition.
‎
Revenue generating agencies whose heads were absent at the interactive sessions include the Department of Petroleum Resources, (DPR), Nigeria Inland Waterways, (NIWA), Bank of Industry (BOI), and Standard Organisation of Nigeria, (SON).
‎
Officials of the DPR who represented the Director, Sarki Auwalu, claimed that he travelled abroad.
‎
NIWA’s boss was also said to have travelled abroad, while those of BOI and SON were alleged to be hospitalised or indisposed. ‎

Director of Budget of SON, David Okon, who represented the agency, however, could not name the said hospital where the Director-General of SON, Osita Aboloma, was hospitalised.

Asked by the Senate committee to‎ name the hospital where the DG of SON is being treated, Aboloma said, “I don’t know”.
‎
It was learnt that disjointed and unsatisfactory answers given by officials who represented the heads of the agencies angered the lawmakers, who as a result directed that the concerned chief executives must appear in person next week to answer questions.