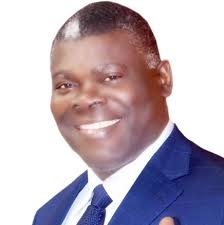 Despite repeated appeals by the Minister of Transportation, Rotimi Amaechi  that the ongoing probe of Chinese loans for the development of the rail sector in the country be halted, the House of Representatives on Monday resumed the investigation, insisting however that it was not opposed to the loan or the projects for which they were taken.

The lawmakers restated their resolve to discourage agreements that could have serious implications especially on the sovereignty of the nation.

The Chairman of the House Committee on Committee on Treaties, Protocols, and Agreements, Hon. Nicholas Ossai who spoke as its investigating hearing on foreign loans continues said they house was not investigating only external borrowings by Nigeria from China.

He said the country now has over 500 contractual and bilateral agreements with various countries.

According to him, some clauses in the agreements are bogus and innocuous.

Ossai also stated that the probe is not about the All Progressives Congress or Peoples Democratic Party-led governments or the current regime led by the President Muhammadu Buhari.

The resumption of the probe panel was however not without expected drama as Amaechi and Ossai repeatedly engaged in a shouting bout over the propriety or otherwise of the Chinese loan.

While Amaechi insisted that the probe might hamper the process of securing the loan, the committee chairman said the House needed to ensure due diligence.

However, the intervention of the Speaker of the House of Representatives, Femi Gbajabiamila who walked in during the altercations between Amaechi and Ossai, forced the committee to adjourn for a 30-minutes break, apparently to calm frayed nerves.

All rights reserved. This post: 'We’re not opposed to Chinese loan says Reps' and other digital content on this website, may not be reproduced, published, broadcast, rewritten or redistributed in whole or in part without prior express written permission from Anambra City News.