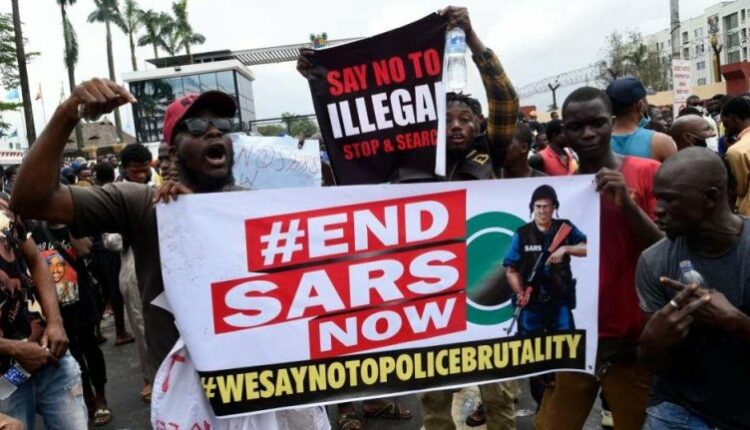 The Transition Monitoring Groups, a coalition of over 400 civil rights organisations, on Wednesday condemned the killing of #EndSARS protesters at Lekki Toll Plaza in Lagos.

TMG in a statement by its Chairperson, Dr. Abiola Akiyode-Afolabi, described the incident as an “abuse of constitutional power and disregard for established rule of law on the part of government and those in authority”.‎

The coalition also called on the international community to caution the Federal Government and halt what is described as “the slide towards the outsourcing of security duties to armed and unruly non-state actor formations”.‎

The groupp also demanded the immediate release of all the countless protesters arrested and detained for exercising their constitutional rights across the country since the #EndSARS protest commenced.

Parts of the statement said, “We are deeply horrified at the blatant abuse of constitutional power and disregard for established rule of law on the part of government and those in authority, as is exemplified in the deliberate violation of people’s right to associate and assemble and to protest peacefully.

“We condemn the action of the government to use measures of war and unleash terror on the youth of the country who have made legitimate demands of the President as a result of the continued violation of their rights by the Special Anti- Robbery Squads, a government agency known for extrajudicial killing of innocent citizens, harassment and extortion of Nigerians, particularly the youths.

“We, therefore, call on President Muhammadu Buhari to show accountability as President and Commander-In-Chief and address the nation on his knowledge of the individuals and or institutions of government involved in the issuing of the order to murder unarmed protesters across the country.

“We call on the President to, as a matter of urgency, express his commitment and that of his administration to uphold the rule of law, protection and guarantee human rights of Nigeria citizens.

“We further note and strongly condemn the organised attack by hired thugs and demand the investigation and bringing to book of those who attacked citizens who were peacefully exercising their civic rights.

“We further call on the FGN to reprimand and bring to account all the named officers of SARS and soldiers responsible for some of these flagrant acts of violation of citizens.‎”