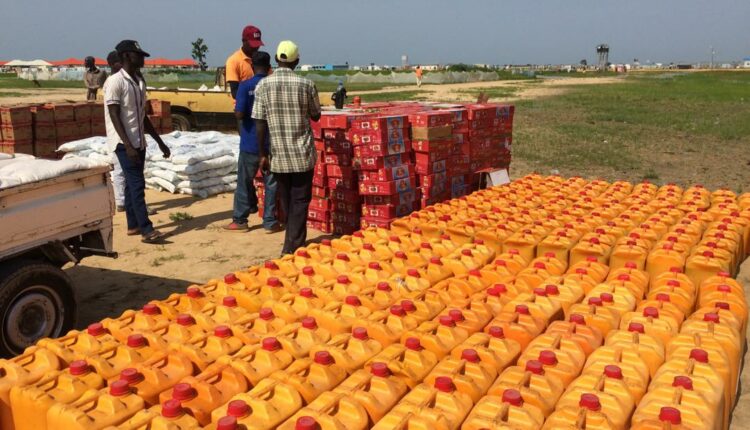 Flagging off the distribution at the Teachers Village IDP Camp at the weekend, the Head of NEMA food distribution in charge of Borno, Flt. Lt. Umar Sani said it was in continuation of efforts to provide succour and in line with the agenda of the Minister of Humanitarian Affairs, Disaster Management and Social Development, Hajia Sadiya Farouk on welfare of Internally Displaced Persons. 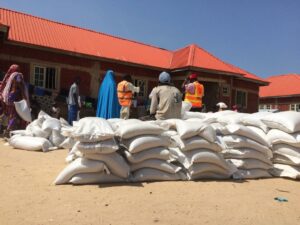 He said the items were distributed through NEMA to address the needs of internally displaced persons affected by the Boko Haram insurgency.

He noted that NEMA is providing food assistance to over 234,000 displaced persons monthly who are residing in IDP camps, host communities and liberated communities in Borno state .

He said the designated areas include 17 camps; seven official camps within Maiduguri, seven camps outside the state capital and three camps in liberated areas of Jakana, Mainok and Benesheik.

He said the items was part of federal government intervention to ease the hardship of IDPs displaced due to insurgency.