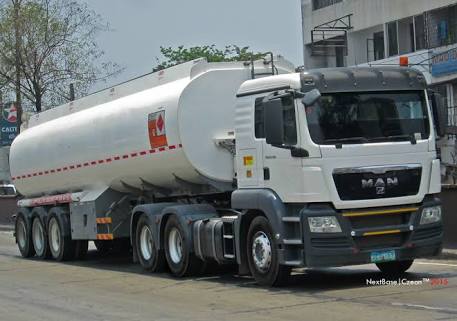 After an extensive meeting with the Lagos State Government, the National Union of Petroleum and Natural Gas Workers, Monday evening suspended its ongoing industrial action.

The latest development was contained in a joint communiqué issued by the Lagos State Government and NUPENG and signed by the Lagos Commissioner of Energy and Mineral Resources, Olalere Odusote, and NUPENG Deputy National President, Solomon Kilanko.

Details of the communiqué which was tweeted by Jubril Gawat, the New Media aide to Governor Babajide Sanwo-Olu showed that both parties have resolved to address grey areas that necessitated the strike in the first place.

“The Lagos State Government met today with the representatives of NUPENG, which agreed to call off its strike immediately.

“Other decisions taken at the meeting are security – the state government will meet the heads of all security agencies and secure their commitment to ensure the free passage of petroleum products vehicles given their importance to the economy.

“Area boys – the menace of area boys will be handled by relevant government agencies and a dedicated phone number will be established, within next week to ensure the petroleum products transporters have prompt access to security agencies.

“Lagos State Government will immediately set up a standing Committee to relate with the Union on an ongoing basis to address any issue as they arise.”

The Petroleum Tanker Drivers in Lagos State on Monday withdrew their services as directed by NUPENG.

The union said the move followed the failure of various authorities in the state to address three major issues that had severely caused petroleum tanker drivers pains and harrowing experiences in the state for several months.

“The entire rank and file members of the union are deeply pained, frustrated and agonised by the barrage of these challenges being consistently faced by petroleum tanker drivers in Lagos State,” NUPENG said in an earlier statement.

All rights reserved. This post: 'Lagos Tanker drivers suspend strike' and other digital content on this website, may not be reproduced, published, broadcast, rewritten or redistributed in whole or in part without prior express written permission from Anambra City News.