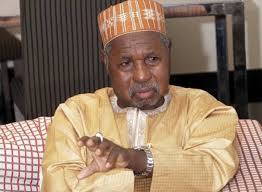 No fewer than six children have been confirmed dead, while several others sustained varying degrees of injuries following a suspected bomb blast in Malumfashi Local Government Area of Katsina State on Saturday.

Sources told Daily Tracker that those who sustained injuries were rushed Malumfashi General Hospital for treatment. Three of the survivors are said to be in critical conditions.

The affected children were cutting grass in the said farm to feed their domestic animals when the disaster occurred in the early hours of Saturday.

“I can clearly tell you that six persons died in the blast but I can’t really say the number of people that were rushed to the hospital at Malumfashi but they are not less than five,” Abubakar Sani, a resident narrated.

Sani further disclosed that the incident has left the entire Yammama village in shock and grief as most of the victims were related and are from the same family.

He also noted that explained that many of the residents of the village were of the opinion that the enemy of the yet to be identified owner of the ill-fated farm where the incident occurred might have planted the explosives.

Sources at the State Police Command said security operatives were immediately drafted to condone off the farm and maintain the peace.