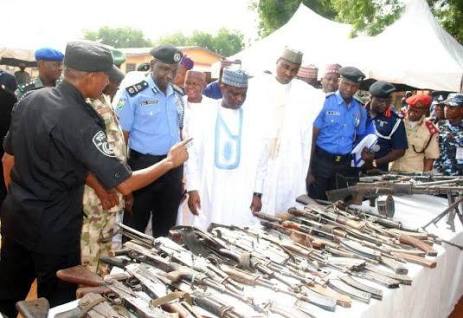 The development ‎followed ongoing negotiations between the state government and the bandits. ‎

Moyi told journalists that ‎the bandits, who operate in the eastern part of Sokoto State, released eight people, who have been under their custody.
‎
The bandits also surrendered their weapons.

The commissioner explained that part of the deal reached with the bandits was that henceforth, they would not kidnap anybody.

Also, the security agencies would not arrest any of their members unless if caught with weapons or any incriminating items.

Moyi revealed that the state government had awarded a contract for the construction of a dam at Kamarawa in view of the cessation of attacks following the deal reached with the bandits.

“The construction would have commenced since but because of the renewed attacks and flooding in the area.

“We are even planning to build grazing reserves and schools for their children,” the commissioner said.

All rights reserved. This post: '200 bandits surrender in Sokoto  ‎' and other digital content on this website, may not be reproduced, published, broadcast, rewritten or redistributed in whole or in part without prior express written permission from Anambra City News.